At first glance, the north entrance of Yellowstone National Park looks like the gateway to just another average park which has somewhat small hills and valleys in its midst. However, nothing could be further from the truth as you travel along the main roads once inside the Park and suddenly begin to see the overwhelmingly spectacular views of the mountains with their many peaks, valleys, hot springs and geysers.

The unbridled beauty of Yellowstone Park has been around for centuries, its wildlife making the many valleys and foothills, and in some cases, the sloped mountaintops their home. Aside from the amazing wildlife you will see throughout the Park, one of the first things you will notice upon entering the more scenic areas of Yellowstone is the stark contrast in colors to be found as far as the eye can see.

From the striking colors of Aquamarine to Dark Blue to Yellow to Orange, Red-brown, and Burgundy, Yellowstone’s many Hot Springs adds just the right pop of contrasting color against the already quite colorful foliage of the wilderness which surrounds them, becoming an even brighter showcase of various different hues in the fall when the trees in Yellowstone begin to change their color. 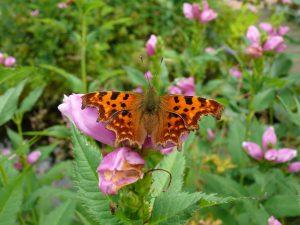 The roads winding through Yellowstone Park are known to be extremely scenic and along the way, you will be sure to see a variety of different birds and beautiful insects. Cecropia moths, comma butterflies and scores of bees can be found here at Yellowstone along with an abundance of bald eagles, trumpeter swans, common loons, ospreys, American white pelicans, and sandhill cranes, which all make their home at the Park, as do some of the more common species of birds such as warblers, sparrows, and more. 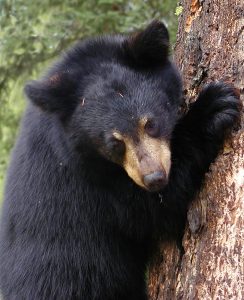 While at Yellowstone Park, you may also have the opportunity to see some of the Park’s more wilder animals, including bears, moose, deer, bison, bighorn sheep, mountain goats, coyotes, fox, pronghorn, and occasionally wolves and the more rare to see lynx.

Some of the more common and smaller mammals you may see at the Park include squirrels, rabbits, skunks, raccoons, badgers, otters, moles and mice, though some are nocturnal and you may not see them until the later hours of the day or at night. Whatever your desire is for viewing wildlife, you will be sure to find it here at Yellowstone along one of its many roads which wind through its wilderness. 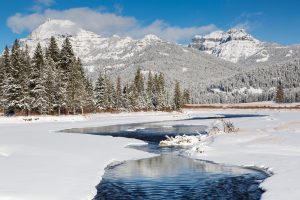 While Yellowstone in the Spring, Summer and Fall months can be quite the spectacular sight with its eye catching array of various different colors and its generous abundance of wildlife which can be found in their natural habitat, it is also widely known to be extremely beautiful as it showcases its many thousands of frost covered trees and shows off the tips of its snow covered peaks and the ice covered depths of its many valleys during the cold winter months as well. 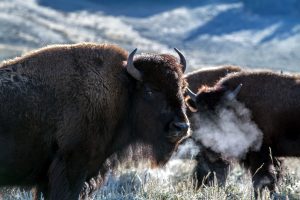 Winter in Yellowstone National Park can be brutal, and while many of its wildlife take refuge elsewhere during the cold, harsh winter months, some of the larger wildlife such as Yellowstone’s mammoth bison stay during the colder months, as do its wolves and a few other animals.

While there may be some parts of Yellowstone which may be great for sightseeing and for photo opportunities during these colder months, the majority of the Park’s roads remain closed during the winter and will not re-open until the thaws of the following Spring begin.

There are not only many scenic roads where you can enjoy the breathtaking view of the wildlife Yellowstone has to offer, but there are also dozens of natural hot springs, mudpots and geysers, including Yellowstone’s infamous Old Faithful, that you can enjoy while at the Park during the warmer months.

While visiting Yellowstone National Park, you will want to be sure to give yourself plenty of time to explore its massive mountains, lush forests, and crystal clear lakes as you take the time to learn of the astounding world of its wildlife while yet witnessing, firsthand, the awesomeness of its pristine beauty.

Come to Yellowstone and discover the intensely interesting rich history that had led to the conservation of one of America’s most beautiful and beloved Parks widely known to be “for the benefit and enjoyment of the people.”